Laurie is known for her ability to tend to client needs, control the chaos and make it happen (whatever "it" may be) with a calm head and a cool, yet ridiculously friendly demeanor. She provides the professionalism of a casting veteran with the fresh eye, passion and excitement of "new school" casting. Two rules followed (by ALL) in her office: 1. There's no crying in casting. 2. Do not panic.

A former professional stage actor (including international touring) and acting teacher, Laurie started advising both industry professionals and actors about the changing commercial world, in January 2004, while working for Casting Networks, Inc. From there she moved into a three year position as a full time casting associate where she thrived in casting hundreds of commercials for countless top advertising agencies and production companies.

Late 2009, Laurie opened Laurie Records Casting and still laments the humdrum name. While she continues casting all types of commercials, she also takes on hosting jobs (Disney's Movie Surfers and DC All Access being the most notable), the crazy world of new media, print, industrials, voice over and dabbles in casting features and short films. Check out IMDB for additional theatrical-type credits.

When time allows you might find Laurie as a guest speaker for numerous top-notch actor organizations (SAG-AFTRA Foundation, Universal and CNI to name a few) in Los Angeles. She continues in her ninth year of advising commercial actors of the do's and don'ts of the industry in her monthly column, "Commercial Actors Should Never..." for Casting Networks, Inc.

THE RUMORS ARE TRUE.
LAURIE RECORDS IS TEACHING A COMMERCIAL CLASS.

wait, what, huh?!? Is this a new thing? As a matter of fact, it's been offered for 3 years now. Laurie fights the urge (and the clock! the darn clock!) to turn her casting session into a classroom on a regular basis. The struggle is real (ha!)... and this is the fix. A 4-week in person class & NEW ONLINE CLASSES.

self tape commercial classes (not a how-to self tape class)
requirements:
* able to record and send self tape (perfect set up not required)
*able to participate in a zoom meeting
*have a decent internet connection

A bit about Laurie:

The GOAL of the class:

Deliver a SOLID to BRILLIANT audition every single time. This is possible. ... which of course leads to more callbacks, more bookings! commercial auditions are weird... and FUN, but weird. let’s make them less weird.

The Nuts and Bolts:
(what to expect from the 4 week... or occasionally 2 week class)

on camera every class, real audition scenarios (& different each week), playback, feedback, the common mistakes that rule you out, the business (stuff you don’t think you need, but you do) of commercials

She is known to be warm and charismatic. Cultivates a supportive, safe and fun learning environment... all while being direct and very honest in her direction and observations. Actors will hear the truth, possibly experience little tough love, but won’t leave feeling defeated. Because there will be laughs. Lots of laughs. We are working on commercials after all. We aren't curing cancer.

Let’s face it... you gotta do it to be good at it. Put in some hours with Laurie. It won’t hurt, much. At all. Probably.

Not thinking the classroom setting is your thing... but would like a one-on-one consult? She can do that too.

WHAT PEOPLE ARE SAYING

Remember this teaching thing is new, so until I have time to get a "page of praise" up (that's a joke) take a minute to hear what the hilarious Matt Marr had to say...

and for even MORE fun videos and testimonials visit the class page. 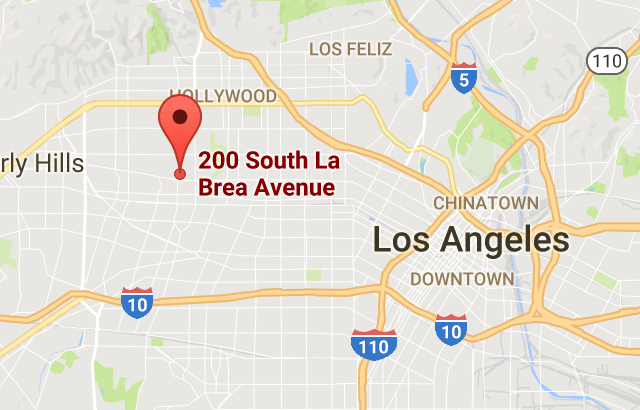